in C Programs October 27, 2022 Comments Off on C Program To Calculate Perimeter Of Square | C Programs

In this blog, we have given suitable examples and sample programs for you. The compiler has also been added in order to understand the codes little better.

The ways in which the calculations can be done are as follows:

As we all know, a square is a 2-dimensional quadrilateral figure whose sides are all equal and the opposite sides are parallel. Each angle of a square is equal to 90 degrees. 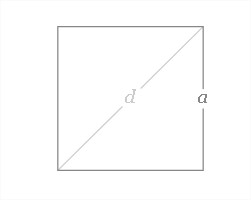 As you can see, this square has “a” as its side length. Hence, the perimeter of a square is as follows:

Thus, the methods with which the perimeter of a square is calculated in C programming are as follows:

1)The formula for the perimeter of a square is perimeter=4*s.

3)The calculated value stored into the variable “perimeter”

1)Here the function is float perimeter(float s), which is having float variable as argument and it returns the float value

2)We are calling the function using perimeter(s), here “s” is float type variable, this “s” will pass to the perimeter

1)Here we are passing the addresses of s,p variables using function perimeter(&s,&p).

2)The values at that address &s,&p will store into pointer variables *s,*p

3)The function void perimeter(float *s, float *p), calculate the perimeter of the square and that value will store into pointer variable *p