The ways that are used to do so in this blog are as follows:

In this piece, we have added sample programs and suitable examples for your easy understanding. The compiler has been added as well for a better understanding.

As we all know, a rectangle is a 2-dimensional quadrilateral figure whose opposite sides are equal and parallel. All the angles of a rectangle are also equal to 90 degrees. 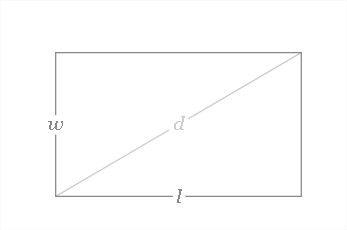 The multiple methods mentioned are as follows:

2)We are calculating the perimeter by substituting the length and breadth values into related variables “length”, “breadth”, the calculated value will store into “perimeter” variable.

1)Here we are using the function float perimeter(float l,float b) to calculate perimeter,which returns the float value.

2)We are calling the function using perimeter(l,b)where l,b are float type arguments

3)float perimeter(float l, float b) calculate the perimeter and return the value, that value will store into variable “p”

2)we are calling the function using perimeter(&l,&b,&p), here we are passing addresses

1)The formula for the perimeter of rectangle 2*(l+b) was defined with the name perimeter(l,b).

2)perimeter(l,b)replaced with that expression given at #define.