Check out the blog to access the sample programs and suitable examples. The compiler has been added as well for you to execute the various programs.

The ways in which the character is checked for being an upper case or lower case are as follows:

As you all know, in the English language, there are a couple of cases of the alphabets. They are known as Upper Case and Lower Case. This is how both of those look like: 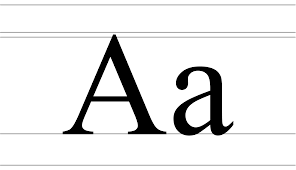 As you can see, the left character is the Upper Case A and the right character is the Lower Case a. This specific article deals with the C programs to distinguish between both of these. The various ways are as follows:

Standard C Program To Check Whether a character is Uppercase or Lowercase Alphabet
C
Output:

1) Read the entered alphabet and store in the variable ch, using scanf function.

2)Pass the alphabet to the user-defined function lucase.

1)Pass the address of entered alphabet to the function lucase as lucase(&ch).

2)Then the pointer variable *ch  of lucase(char *ch)contains the ASCII value of the entered alphabet.


C Program To Check Whether A Character Is Uppercase Or Lowercase Alphabet Using Pointers.
C
Output: