in Java Tutorials January 25, 2023 Comments Off on Java Operators – Beginners Guide With Examples

Java operators, different types of operators and order of operations. The following post will mainly concern for the newbies who are new to Java field and want to learn the basics. If you have any doubts related to Java operators, do comment at the end of the post or contact us. Our Java experts might help you. 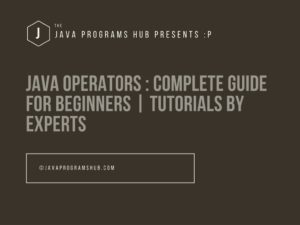 Java operators: In any programming language (and in mathematics), we use some symbols to represent an operation (calculation).

Based on the kind of calculation takes place with Java operators, they are divided into the following types:

Addition, subtraction, multiplication, and division are the basic mathematical operations. The java operators related to these basic operations.

We know  ” + “ is used for addition, – is used for subtraction and * is used for multiplication. These three operations will result in a single value.

The same type of single value 52 will result when we multiply those two values.

But the division is a proper calculation where we get two values (quotient and remainder) as a result. Suppose if we divide 13 by 4, then 3 is the quotient, and 1 is the remainder.

These operators compare (check relation between) two values and give a boolean value as the result. In Java, a Boolean (logical) value is either true or false (in C, these logical values are represented by 1 and 0).

Logical Java operators also result in Boolean values. These are used to check  ” multiple Boolean values ” as a single unit. Suppose, to withdraw some amount of money from an ATM; we should have the Card, know the PIN, and we should have sufficient balance in the bank.

In this example, all the three conditions (having Card, knowing PIN, having Balance) should meet to perform Withdrawal. When writing a program for this purpose, we write a statement like :

Here we have combined ” 3 conditions “ using the &&. When we need all the conditions to be true, we combine the terms with &&.

Suppose if we want to perform an operation when a user has entered ” x “in lower case or upper case, then we can write a statement like

sometimes we need to invert (reverse) the Boolean value of an expression. In that case ! can be used.

We have a special operator that works based on the truth value of a condition. This java operator is known as a conditional operator. This operator contains 3 operands so it is also known as ternary operator.

The actual result (value) of the expression is either second operand or the third operand.

This decision (second or third) is taken based on the first operand which gives true or false as a result.

In this operation, both the second operand and third operand should be of the same type.

When we perform any operation, generally we assign the result of the expression to a variable. For that purpose we use a normal assignment (=).

If we want to perform an operation on a variable and assign the result back to that variable, we can use a shortcut (combined assignment).

For example, if we want to write an expression like ” a=a+b; “ what we want is a and b should be added, and the result should be placed back in a.

Similarly we may want to perform a Java operation like length=length*3, or currentValue=currentValue+exp1*exp2; in all these cases we can use combined assignment java operators.

To create a reference to an array or to access an element of an array this set of square brackets is used.

. (dot) operator is used to access elements/members of an object through its reference variable.

This java operators can be used to access static elements of a class using its class name.

These Java operators work on individual bits of the numbers. These java operators can be applied to integer data type only.

They cannot be applied on float, double and boolean type of data. These operators are used for masking purposes.

” & “ is used to perform bitwise AND operation on the given two values.

If we want to perform 25&78, then AND operation is performed on corresponding bits of the numbers and the result is given.

> also behave same as << and the difference is noticeable. It (>>) shifts bits towards right for the specified number of locations.

>>> is similar to >> but only 0s are added at the left end for both positive and negative numbers.

The same statement can be written like x+=1; also using combined assignment operator. Alternatively, we can use x++ or ++x to perform the same thing. Similarly, x=x-1; can be written as –x or x– also.

There is a small difference between working of prefix and postfix notations.

When ++ is used in prefix notation; the increment will take place first on the variable and then the resulting value will be utilized in the expression.

So by the time both the ++ operations are completed the expression will become y= 6+7; so y becomes 13.

When ++ is used in the postfix notation, the original value (before increment) is utilized in the expression first then increment will take place.

Int b=a++; here the original value of a (5) is used as a value of the expression a++, and then a is incremented.

So the value 5 is assigned to b and value of a will be 6.

Based on the number of operands associated with an operator, Are divided into 3 types

Work on single operand are known as unary.

work on two operands is known as binary.

If you have any doubts related to this section, do comment at the end of the post. One of our java expert authors will be in touch with you 🙂 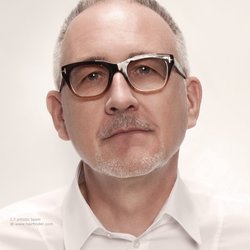 Path Thomas works as a senior Java programmer analyst at IBM. He had a high command on Java and always updated with the latest versions. He also teaches the students who are new to Java course.
Writer - MK
Previous: Total Surface Area Of Sphere Java Program | Programs
Next: Java Do While Loop With Examples – Java Tutoring

What is Recursion In Java programming – Here we cover in-depth article to know more ...