Java Do While Loop With Examples – Java Tutoring

in Control Statements, Java Tutorials January 25, 2023 Comments Off on Java Do While Loop With Examples – Java Tutoring

Do while in Java Everything you need to know about Java do while with a flowchart and example program with output and complete methods and basics. – Learn more Java Tutorials and Beginners Programs.

So Basically what are loops In Java? 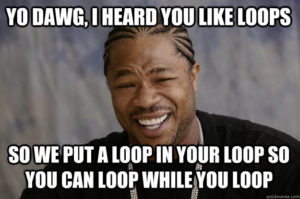 As you might know that all the three are used primarily for the same purpose and the difference is in their syntax , the basic difference is :

More than the behavior, it is programmer’s choice about what looping constructor to use when.

Basic Flow Chart Of Do while loop in java 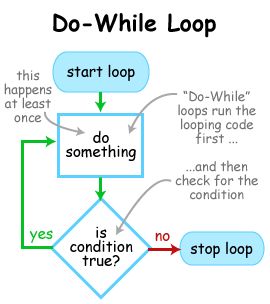 
If it results in true, the control goes back to loop body and executes it. Then it comes to condition part. This process of ‘executing body’ and ‘condition checking’ is repeated as long as the condition results in true. When the condition results in false, the control comes out of the loop and executes the statement immediately following the loop. For more information about Java do while for the above syntax how it works do check it out the following example with sample output program:

So you got an idea about the java do while basics , here we share 7 unique examples with outputs do check it out.

Example Program – 1 ( Executing without checking condition for the first time )

An explanation for the above examples for java do while :

When the next time condition checks, it again results in right (2<=3). So control goes to the body to print 3 and to update a to 4. This time the condition will result in false (4<=3) so the control comes out of the loop, that’s just a basic example here we shared in depth tutorial about the  ” do-while java with examples in different methods .”

IMP : We can have any number of statements in a do-while loop, and all those statements should be enclosed within a set of curly braces.

For example code this how syntax will be in format :


Note: The curly braces are optional when we have only one statement as part of the body. So the following examples will mean same.


Example Syntax :  2 [ Both are same in case if we have only one statement ]


this is why a do-while construct is ended with a semi-colon, and it’s must required.

Nesting Of Do-While Construction – with Examples

A [ simple example program – 1 ] with output how nesting in a do while will work under nesting process :

1. Minimum one statement is required as part of the body

2. The condition should always result in a boolean value.

3. Condition is required, we should not omit that part.

A ” do ” should be associated with a corresponding while part. Otherwise, the compiler will raise an error.

What is Recursion In Java programming – Here we cover in-depth article to know more ...