What  exactly is internet speed?

Internet speed also known as bandwidth is the speed in which your data is transferred from your device to the internet and vice versa. There are two main types of bandwidth speed.

So how is the data speed measured?

Data now a days is measured mostly in terms of Mb or Gb. A few years back even Kb had some relevance left however with changing times the data became cheap and the gradual increase in bandwidth changed everything.

You might wonder what are these bytes? Well bytes are small packets of data and millions of such bytes make a megabyte.

How to check the internet speed?

There are several ways of finding the internet speed including executing a shell command on windows but that is a little complicated, especially when we have easier alternatives. 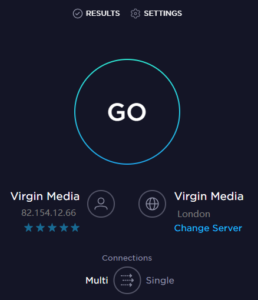 To check the internet speed one can –

You see, getting to know the internet speed is easier than ever, but what about finding it in Java. Let’s find it out.

There are certain steps to be followed so that clarity is maintained throughout the process of writing a code and makes it easier to arrive at our desired output.

First step is to understand the problem statement properly. After this, we need to see if there are any constraints mentioned in our problem.

Then, we need to fix on all our requirements and inputs.

Later, we’ll have to determine our expected output. Finally, we will write the logic and solution to determine the output based on gathered input.

Our expected output is speed of internet of double type. With inputs gathered in hand, we’ll now focus on the solution and main logic of the code.

Speed of internet= Data per time

Therefore, the formula finally used for finding the speed of the internet will be

This is our output speed of the internet of the form kilobytes per seconds which will be stored in the output variable (s). This is then displayed in our output console screen.