What is Recursion In Java programming – Here we cover in-depth article to know more about Java Recursion with proper examples.

In the above example, a method is calling itself directly. In some cases a method may call itself indirectly (through some other method).

In Java, recursion is allowed through normal methods but not allowed with constructors. So the following code is not valid (assume class name is Check, so constructor name is also Check).

Even direct recursion is also not allowed with constructor calls. So the following code is also not valid.

When recursion takes place, a method is invoked again and again. If we don’t stop the repetition, then it becomes infinite callings and the program never ends. An example of such is given below.

This process continues without any stoppage. So the program keeps executing. If we want to stop the execution, we can do so with Ctrl+C (from windows command prompt) or the program may be terminated by the system itself as it has become infinite (memory shortage).

Recursion is a very good mechanism in many cases. But, this kind of (infinite) recursion is not much useful. If we can control the recursion so that it can be stopped by the programmer (programmatically/logically/technically) at a desired point then it would be better.

The above program is written here with some modifications so that it stops at a stage.

In the above program, the method nums() has 3 statements.

When control comes to a method, it returns (goes back) to the calling method in 2 situations.

Keep in mind, when we call a method recursively, the same method is called many times and such version will be referred as one version.

Note: Each time the control comes to a new version of a method, all local variables of it are created afresh.

When recursion is used, we should see the following two things are happening in the recursive method.

The above example of printing natural number can be written without using recursion also. In that case we just use a looping/iterative construct. Which one is better?

Similarly we can write a program to print factorial of a number in non-recursive (iterative) way as well as recursive way. Which one is better?

For all these questions, one principle we should keep in mind. If we can write a program without an exclusive stack, then non-recursive (iterative) one is better.

As a replacement to exclusive stack (recursion inclusively forms a stack) usage, we should approach recursion. So the programs like printing natural numbers, factorial of a number, GCD of numbers, single linked-list forward traversal, tree level-order traversal can be done non-recursive way.

To find factorial of a number, we just can use a loop and find the result. In this case we do not need a stack to store intermediate data and then used it at a later stage.

But in quick sort, we need to store data at each level and use it at a later stage. For the storage we need a stack. So we should implement a stack also along with quick sort. If we approach a recursive method, we need not to maintain a stack. So for writing quick sort program, a recursive one is better.

If we want to use multiple recursive calls in a method (a method calling itself more than one time) then the mechanism will be little bit complex. But it helps us solving many problems, otherwise we need to write a lot of code ( to maintain stack, pushing, popping, etc ). This kind of approach is used in ‘divide and conquer’ methodologies like quick sort and merge sort. 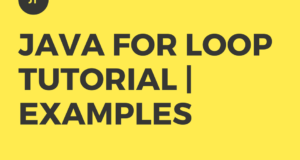 ADVERTISEMENT
© 2021. Copyrighted Protected. Duplication or Copying Our Site Content Is Strictly Prohibited. However, Reference Links Are Allowed To Our Original Articles - JT.