GCD or Greatest Common Divisor of two or more given numbers is the largest value that divides the given numbers wholly, without leaving any fraction behind.

After Prime Factorization, we get that 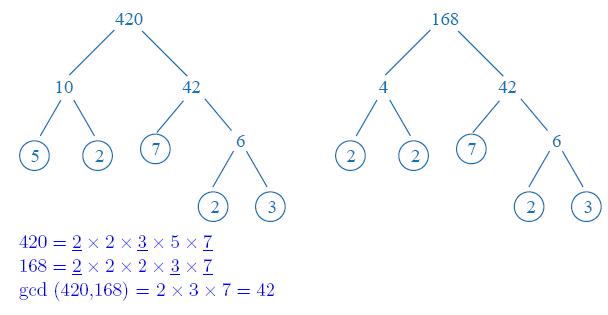 1) Read the values using scanner class method  sc.nextInt(),and store those values in to the variables n1,n2.

If both the numbers n1,n2>0 then call the static method gcdCal(n1,n2) in main method.

1) Read the values using scanner class object and assign those values to the variables x,y.

3) Repeat until x!=y and returns the x value which is the GCD of two numbers.

1) In this program we have a function long greater(long a, long b), it calculates the GCD of two numbers a,b and returns the number.

1) In this program greater(long a, long b) calls itself as greater(a,b), the greater method is a recursive method. It repeats until if the condition is false and returns “a” value which is GCD of a,b.

1) To store elements into the int array

2) Find GCD of n numbers by passing “r” value and each element of an array to the constructor as GcdCalculation(long a, long b).